The Beginning of a Lifelong Friendship 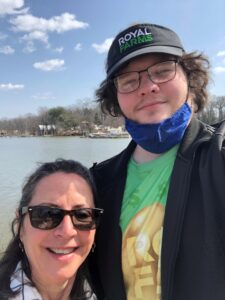 Such is the relationship between Corey, now 24 years old, and his CASA volunteer, Kate Goldstein. Kate started working with Corey when he was just 13 years old and continued as his CASA volunteer until Corey was 21. Like so many youth and their CASA volunteers, though, Corey and Kate are still in touch to this day. Susan Emfinger, CASA of Baltimore County’s Director of Outreach and Engagement, recently spent some time talking to Corey to find out what, from Corey’s point of view, made Kate one of the most important relationships in his life, and a key element in his success.

Susan: Did you know who Kate Goldstein was when you first met her, or why she had been assigned to work with you?

Susan: So what was that like - did you trust her at first?

Corey: Well, I’m a pretty good judge of character, so I liked her right away. She’s funny, she’s outgoing…when you look at her you just expect her to be kind. She invested years of her life as my CASA volunteer – that’s not nothing. We’re still friends. We always will be.

Susan: I know that for many of us, including people who have never been in foster care, trusting someone doesn’t happen overnight. What was it that made you really trust Kate over time?

Corey: She’d tell me “No” if she needed to. When we first met, she’d take me out somewhere, and one time I asked her for something and she said, “no”. I got real mad and she gave it right back to me. I never had that before. She was real.

Susan: You mean you never had anyone be that up front with you?

Corey: Yeah. Most people try to appease you. We would get mad at each other, but that’s what friends do. But It wasn’t ever enough to say, “this is it – this is the breaking point” – I’d apologize 5 minutes later. Kate is a good listener. She helped me to try to solve any issues. Kate brightened my day every time, especially if I had a bad day at school. In my last foster home and in school I had some issues, and she helped me calm down and stay focused. She was a good sounding board. She was always there if I needed her, if not in person, then on the phone. I knew I could call her in an emergency.

Susan: Did it make a difference to you that Kate was a volunteer, so that she wasn’t getting paid to work with you?

Corey:  Yes - it made a big difference that she was a volunteer. To me, if you’re volunteering you really have to want to do it. To invest so many years out of your life to see a kid, that’s because you want to do it.

Susan: What did you do when you were together?

Corey: We saw each other in person once a month, and a lot of times we’d go out and eat at the “Double T” Diner. It didn’t matter where we went, though. It could be just to go to the park to talk.

Susan: How would you say your relationship with Kate has changed over time, now that you are an adult?

Corey: Well…a couple of months ago we just started talking politics and we were having a whole conversation about that. I brought it up – I wanted to know how she felt about the two presidents – Trump and Biden – if she thought they’d be different, or if they would be the same.

Susan: Corey, you’ve accomplished so much in life. You graduated from high school, which isn't easy when you’re in foster care, as I know first-hand, and you now have a job – you have so much to look forward to. Everyone at CASA is cheering you on! Is there anything you’d like to tell a youth who is just getting to work with a CASA volunteer?

Corey: Yes. Just that you should sit down and have a conversation with your CASA volunteer about your likes and dislikes and what your boundaries are. Certain questions that you feel shouldn’t be asked. There’s your file that the CASA volunteer will read, but nothing is better than getting information directly from the other person. Be honest and open.

Susan: Overall, did you consider your relationship with Kate to be important, and would you recommend that other youth get a CASA if possible?

Corey: Yes! I think everyone in foster care should get a CASA volunteer. 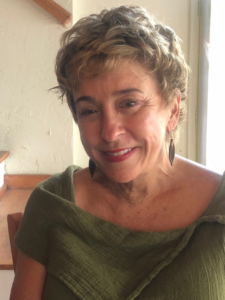 As a CASA volunteer, my first and only child to date was a girl who came into care with many profound special needs. When I first met her 10 years ago, and at 11 years of age, ”Sally” was in a wheelchair, was not toilet trained, with difficulties in swallowing. She was completely non-verbal and, weighing a meager 39 pounds, she had a medical diagnosis of “failure to thrive.”

At first, I have to admit, I felt a little out of my league. I could not imagine how I was going to establish a relationship with a child with whom I could not communicate, and the thought of taking her on outings in the community was somewhat daunting. However, I soon learned that Sally was so adept with gestures and facial expressions that I was soon convinced that I had just discovered my own hidden ability for ESP. I was not the only person that felt this way. Her foster parents and social workers and eventually therapist, doctors, teachers, camp counselors all were amazed at their own talent for understanding Sally without words.

I had no medical training for comprehending Sally’s condition, but found that if I attended her doctor appointments with her, the doctors and therapist were more than happy to answer any questions and to explain what was needed to help Sally enjoy a happy, rich life. Once armed with this “wish list“ of possible therapies and treatments, I began advocating for Sally to receive every service that would be meaningful in pursuing a fuller life for her.

First, doctors placed a feeding tube so that Sally received enough calories to allow her to grow. After this procedure, Sally doubled her weight within 6 months. Most important was that she still had the ability to consume food by mouth, as Sally loved to eat.

One night while watching “60 Minutes,” I saw a program where non-verbal children were given an iPad programmed with a communication application. This seemed to be an answer for Sally, and her therapist soon made a referral to speech therapy. Sally received her iPad and began her training, where she excelled. This iPad became an especially important communications tool for Sally when her beloved “Poppy,” her foster father of 5 years, suddenly died. As I sat holding Sally in my arms and told her of the loss of Poppy, she expressed how she felt with her iPad. And yes, Sally was sad, but she used 12 other words to describe the depth of her feelings. ESP was not my gift after all.

After her foster father’s death, Sally moved from foster home to foster home (five homes in total that year) with none able to provide Sally with her deepest wish . . . to be a member of a family. At one point, she was moved to Frederick and had to change schools, therapist, doctors . . . everything.  As her social worker was driving her to Frederick, she phoned me to say that Sally was anxious about this move. I asked her to put Sally on the phone with her communication device.

We both laughed and laughed.

That is the most important part of being a CASA; listening to a child, advocating for their best interest but most importantly, showing up, letting them know they are not adrift in this world, there is someone out there who has their back, someone to whom they matter.

Recently, Sally turned 21, sometimes referred to as, “aging out” of foster care. She is no longer eligible for foster care, no longer under the care of DSS. Many people with disabilities that prevent them from living independently at 21 go into group homes. This is a placement decision that, though sometimes necessary, also keeps people like Sally from living full lives.

Sally always had one wish, which was to live in a home where she was a cherished member of a family. Three days before she aged out, I stood with Sally as she was granted permission to stay with the wonderful foster family with whom she has resided for the last 3 years. Sally’s “parents” were granted “adult guardianship,” a legal decision that allows Sally to remain with a family that loves her and is committed to her well-being for life.

Though I’m no longer Sally’s CASA volunteer; my role now is that of a close family friend. I continue to attend many of her medical appointments until Sally’s family is confident they are well versed in her medical history. Sally and I go on excursions in the community, to picnics, shopping, bird watching, and lunch dates.

Today, Sally is happy and healthy, and at long last, Sally has found her forever home.