Jim Brochin, a Maryland state senator of 16 years, has served as a great CASA volunteer. About 20 years ago, Jim had some volunteer experience with ACTS, which provides transitional housing for women and their children who were victims of domestic violence. After that, the senate took up most of Jim’s time. He actually 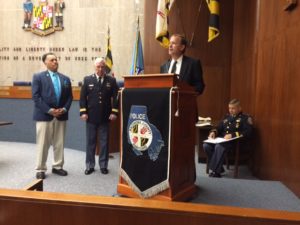 found out about CASA because CASA of Baltimore County testified on legislation on his committee. After seeing what CASA does, Jim decided that if he ever left the senate, CASA is the organization that he would want to be a part of. “I felt like I have always made decisions on the macro, and you don’t get to see the changes first-hand.” Not only does does he volunteer, Jim also helps to raise money for CASA of Baltimore County. Currently, Jim is in the planning process of a project that will educate community associations, chambers of commerce, churches, synagogues, etc. about what CASA does and how they can help.

When meeting with his CASA kid for the first time, Jim shared a feeling that many CASA volunteers have also felt. “I was nervous, not about meeting him, but about communication and seeing how he would accept and take guidance.” Jim was assigned an older boy as his CASA kid, something that would intimidate other people. When asked what advice he would give to someone who may be hesitant about working with older children, he said “You’re not going solve anything in a day, a week, or a month.” When working with foster children, you are going to need patience. All of these children have experienced some form of neglect, abuse, and/or trauma. Jim wisely recognizes that those are issues that cannot be fixed quickly and that there are other ways to help the children. Jim spends time with his kid by taking him to baseball games, dinner, and giving him some driving lessons. One of the more important things that Jim does for his kid is always trying to get the child’s older brother to come to every outing. A huge priority of CASA is reunifying children with their parents. Unfortunately, that is not always what is in the best interest of the child., which is why being able to bring the child’s older brother back into his life is amazing. Jim says that it really helps his CASA kid, and the siblings have begun to hang out on their own, which is something they did not do before.

Since Jim has the  very unique background experience of being a senator and then moving to do volunteer work closer to the ground, we asked if any of his viewpoints have changed since becoming a CASA.  Jim related this question to his CASA kid  not wanting to go to college. “I used to think that if you put someone in the right 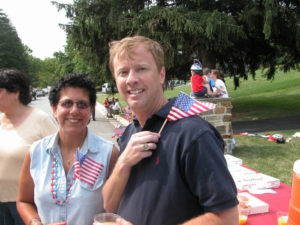 environment, they would do it.” Jim noted that his CASA kid is extremely smart and could easily get a scholarship to any school in Maryland, but he does not want to go. Jim quickly learned that if his CASA kid did not want to go to school, then he was not going to go. He said that the first time he brought up the topic of college, his CASA kid completely shut down. “The reasons of not going to school are complicated.” The child does not want to sit in a class and be listen to subjects in which he is not interested. Since then, Jim has tried to bring up college not as some thing that his CASA child should do, but as something that may be useful to him. Again, foster children have experienced so many negative moments in their lives, that you have to really take the time to let them heal and find their own path. As a CASA, you are not trying to fix them, because they do not need that. You are simply there to be their support. Jim, and all of our volunteers, do a great job at recognizing that and supporting their CASA children.

Thank you, Jim Brochin, for all of the extra help that you have graciously given to CASA of Baltimore County