Volunteer Sally Salvatori grew up in Massachusetts before she lived here in Maryland. Sally works as a full-time nurse anesthetist. With three daughters, Sally loves to work with kids! Her love for children and her desire to do something are what pushed her to become a CASA. She is also friends with our Advocate Coordinator, Gwen, who told Sally that she would make a great CASA. “She knew I would be looking for volunteer work since my children were growing up and leaving.” And so, Sally decided to join CASA, and we are grateful to have her!

Sally’s first case involved a family with three siblings. Sally was first assigned two of the siblings to work with, while the older brother was placed in a separate home.The two children stayed with Sally as their CASA for two years until she was no longer needed. After, the other sibling’s CASA was no longer able to be his CASA. Fortunately, Sally was available! She agreed to be his CASA, which made the transition very smooth, since Sally had already worked with his siblings and had met him a few times. Sally’s 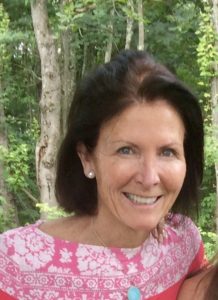 ability to step in as his CASA is an amazing act because stability is not very common in the lives of many foster youth. CASAs tend to be the one constant person in a foster youth’s life. Sally noted that, “Everybody in their life is a worker, they have to realize that you’re a volunteer and that you’ll be there for them no matter what”. Sally has also worked to meet up with the brother’s previous CASA as much as possible in order to preserve that relationship. Again, it is great that his old CASA and Sally are able to organize times to meet up. Too often, so many relationships are lost throughout a foster child’s life. This is just one example that shows why our CASA volunteers are so important. Having someone who steps up, by their own choice, to support and provide consistency for a child whose life is constantly changing helps that child tremendously.

Sally is currently still the brother’s CASA, and she is working hard to find him a permanent solution. Sally really enjoys spending time with him, since he is a very happy kid. He is older, which perspective CASAs often worry about, or they often think that it us harder to relate to older children, but Sally disproves that theory. After taking the time to work with him, Sally discovered that they very easily got along. “He is one of the most positive and upbeat people you will ever meet. He is a pleasure to work with and is happy with whatever you do. Despite having nothing, he is resilient. He will brighten your day.”

When asked about the commitment of being a CASA, Sally responded, “It’s not time consuming, even the paper work. I’m not big on paper work, but it’s simple. Your CASA supervisor also really helps and is very supportive”. Anyone can be a CASA! Sally did mention that, at times, watching the process of the court can be frustrating, but that just pushes her even more to help. “It’s not these kids’ fault that they’re in this situation.” CASAs tend to know more about what the children’s needs and wants are than a judge or lawyer ever could because of the relationship between a CASA and their CASA kid. That is why we need more CASAs. “If you can do a little bit to stop this cycle, then that can be a solution. It’s kind of one kid at a time.”

Thank you, Sally, for being a strong and spirited volunteer!