When he was growing up, Alfred traveled a lot because of his father’s job. He has lived in Baltimore, Annapolis, Ohio, Michigan, and Philadelphia. Alfred is now an elementary school teacher. He has taught every grade except kindergarten, so he definitely has a lot of experience working with children of all ages! Alfred has also done some work with children outside of his job. He is currently gearing up to go to Wisconsin with the Pathfinders group he is a part of. Alfred has also volunteered with Habitat for Humanity where he helps to build or improve homes for people in need. Alfred’s other volunteer experience that included working with children was with his church group. They would go visit and help inmates, including juveniles. And, on top of all of this volunteer work, Alfred is also is CASA. He said that one day he just saw a blurb about CASA of Baltimore County in the Baltimore Sun newspaper. CASA sounded interesting, so he called.

Alfred’s first case worked out pretty well for him. The child was having a hard time being matched with a CASA because of where he was placed at the time, but luckily 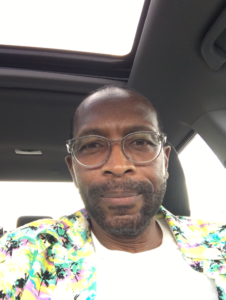 Alfred was able to be his CASA. Because of Alfred’s teaching background, he has been able to be very involved with his CASA kids’ school lives. With his first CASA kid, Alfred combined his knowledge of the child’s wants and needs with teaching experience to help his CASA kid graduate high school. He met with the counselors at the child’s school, and they were able to create a great plan. Currently, Alfred is working with a different teen and is also trying to help him graduate. With all of the teens that Alfred has worked with, he has worked hard to get them through school and find them jobs. Many people are hesitant about working with teenagers, but Alfred said he was not intimidated at all when he first started. Alfred does have a son of his own, who he said helps him relate to the teenagers. Alfred is an amazing help to CASA because he wants to work with the older foster youth. Many people think of children in foster care as young kids. On the contrary, approximately 60% of the youth that we serve are 16 and older. Being a CASA for teenagers is not such a scary thing. Alfred has enjoyed working with all of his CASA kids and has found it pretty easy to relate to them.

Alfred once had the opportunity to present on a panel and pick up some recruiting materials for CASA. There were people from all over the country at the panel, which was very cool for Alfred. He invited people to contact a CASA near them while spreading the word about CASA. A few of the people he spoke to decided to volunteer, and actually contacted him to let him know. “It was exciting because I got to share my experience and they got excited and wanted to help.”

Thank you, Alfred, for the unique help that you add to CASA of Baltimore County!